Modern EMG hand prostheses are sophisticated mechatronic devices with multiple degrees of freedom; however, an incomplete human-machine interface present in even the most advanced bionic limbs has been shown to be the leading cause of prosthesis rejection. A prosthesis that does not “feel” is less likely to be accepted by the amputee as part of their own anatomy, while its feedforward control scheme offers poor motion control. 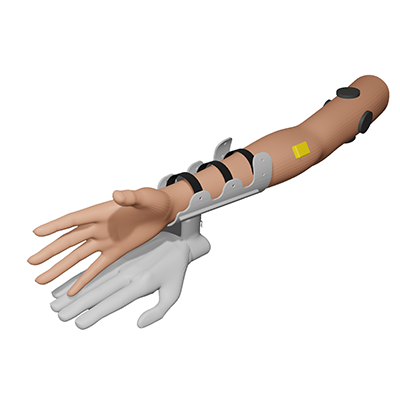 The aim of Project Robin is to develop a novel bidirectional human-machine interface, implementing advancements in feedback and control that will complement each other in a closed-loop system, which will restore a natural connection between the amputee and their prosthesis, allowing for enhanced and more dexterous control and the promotion of embodiment.